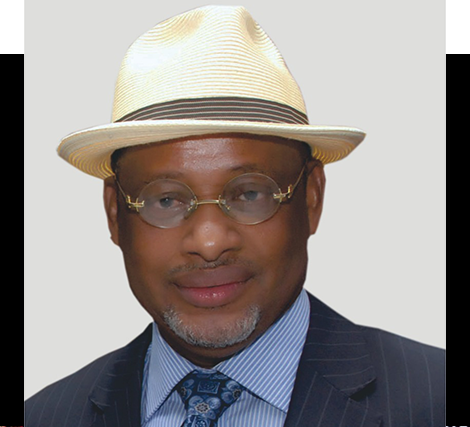 Not done yet, Omehia proceeded to the United Kingdom and was a student at Manchester Polytechnic, England, now Metropolitan University Manchester, where he bagged a Bachelor of Arts (HONS) in Law, between 1981 and 1984.

Like Oliver Twist who wanted some more, Celestine Omehia displayed his desire for more knowledge when, he proceeded to the University of Hull, England, in 1984 and by 1985, he had graduated with a Master's Degree (L.L.M.) in International Law.

Thereafter, he returned to Nigeria, the land of his birth after his academic sojourn in the UK and immediately proceeded to the Nigerian Law School, Victoria Island in Lagos, where he bagged his BL and was called to the Bar in 1986, thus, qualified as a legal Practitioner and a member of the Nigerian Bar Association (NBA)

Celestine Omehia's other job experiences include: Lecturer in Law (Part Time), Faculty of Law, Rivers State University of Science and Technology, Port Harcourt from 1988 - 1990. And from 1991 - 1997, he was Legal Adviser and Consultant, Jubilee Insurance in Port Harcourt. He handled the same responsibility on behalf of Pamo Clinics and Hospitals, Port Harcourt, from 1991. Since 1999 however, Omehia has been Legal Adviser, Global Energy and Refining Limited.

As an Author, his published works include: Humanitarian Intervention: An Examination of Tanzanian Intervention in Uganda (1985); Law and Justice (1989) Heritage of the Youths in Contemporary Nigerian Society (1990); Dismissal in Nigerian Labour Law (1994); Quotes of Dr. Peter. Odili (2004); Dividends of Democracy in Nigeria: The Rivers State Experience (2005); A new Dawn, A New Chapter: (Selected Speeches of Dr. Peter Odili) (2005). In 2011, he published two books, Dismissal In Nigeria Labour Law (first published in 1994) and A Right To Be Wrong which chronicled his life from cradle to leadership. Most importantly, is the fact that both books earned the prestigious US-based KIRKUS Endorsement, which qualifies the books to be in US Libraries.

Be that as it may, from February 1991 to November 1993, Celestine Omehia held the following portfolios: He was Hon. Commissioner for Education, Member, Rivers State Executive Council, Chairman, Personnel Management Board, Ministry of Education, Port Harcourt; Member, National Committee on Review/Redraft of Primary Education Decree.

In addition, Omehia served as Executive Director, Ubi Investment Limited, Port Harcourt since 1992 and as well a Member of the White Paper Committee on Visitation Report on Rivers State College of Health Sciences and Technology, Port Harcourt, in June 2005.

While learning the rope of leadership, Sir Celestine Omehia never discarded any opportunity to garner additional knowledge in all endeavours. So, between 2003 and 2005 he attended numerous workshops and seminars. In August 2003 he participated at the retreat for top government functionaries of Rivers State held at the Port Harcourt International Airport Hotel, Omagwa. In November 2003 he was also a participant at similar retreat organised by Rivers State Agency for Re- orientation, Integrity, Service and Ethics (ARISE) at the Hotel Presidential, Port Harcourt and later in Washington DC for a workshop on Small Scale Entrepreneurs. The learning process continued in 2004 as Sir Omehia again participated in a one-week seminar for Senior Civil Servants at New York and later a participant at the Leon Sullivan Summit at Abuja. He capped it up in 2005 with the workshop on Capacity Building for Local Authorities to achieve the Millennium Development Goals by UNITAR at Geneva, Switzerland.

To cap it all up, on 14th of April 2007, he contested and won overwhelmingly for the position of Governor of Rivers State on the platform of the People's Democratic Party (PDP). Consequently, he was sworn-in as the 3rd democratically elected governor of the new Rivers State, a position he held till October 25th 2007 until the controversial Supreme Court judgment which removed him from office.

However, it is on record that his 150 days as governor of Rivers State set the State on the path of speedy development as he embarked on people-oriented projects and programs amongst which include; the Eleme junction clover-leaf patterned flyover which has drastically eradicated the difficulty hitherto experienced by commuters, the Eliozu Junction flyover project, the Rumuoji Ultra-modern market, the resuscitation of the hitherto moribund State-owned Pabod Breweries, which has since resumed production with its attendant employment generation potentials, construction of the State-owned Shopping Mall and a host of other projects.

Above all, he pioneered the Carrot and Stick model of Amnesty and rehabilitation of repentant militants in Rivers State. The successes achieved as a result of this approach, led to its adoption and expansion of the same approach to conflict resolution by the Federal Government of Nigeria for the entire Niger-Delta region. Today, some measure of peace has returned to the erstwhile volatile Niger-Delta region, and Nigeria is better for it, as the peace has given way to the full resumption of Oil production activities, with its attendant increase in revenue to the Nation.

For this reason, on 21st November, 2007, the United Nation Industrial Development Organization honoured him with an Ambassador of Peace Award. Thereafter, on February 26th 2011, Nigerians In Diaspora, Ghana chapter, honoured him with another Award for Peace and Good governance, in Accra, Ghana. On 23rd February 2013, he again mounted the podium for yet another prestigious award in faraway Nairobi, Kenya. It was the coveted African Achievers Award where he bagged an Award for Excellence in Public Office. All three Awards were received after leaving office.

As a devout Christian he is Catholic Knight of Saint Mulumba (KSM) and a Papal Knight of Saint Sylvester (KSS). Sir Omehia is married to his loving wife, Dr. (Mrs.) Tonia and has three lovely children, Keturah, Kelachi and Kechikanma. His hobbies are swimming, jogging and most recently, golfing. He is currently the Chairman of Rivers State Golf Association and Member of the Board of African Golf Tour.